Kids today grow up in a much different world than their parents. With children as young as six years old already having their own smart phones, they’re subject to a digital world that can be harder to monitor than the physical world. Before children’s brains are fully developed, they’re making videos on TikTok, using social media like Instagram and Snapchat, and taking endless photos and videos of themselves and their friends.

But without the proper monitoring and education, cyberbullying can be a huge issue with harmful effects on children’s physical and mental well-being. That’s why so many parents are wondering how to stop cyberbullying in it’s tracks. This guide will tell you everything you need to know about cyberbullying from a parent’s perspective, from learning what it is in the first place, looking for warning signs, helping your child to overcome cyberbullying, and reporting it to the proper authorities. Let’s get started with the cyberbullying parents guide!

Disclaimer: This Security Baron Guide does not provide medical advice. The content provided here is informational in nature and does not address individual circumstances. It is not a substitute for speaking with a physician/medical professional and should not be relied upon solely for ensuring your safety. If you think you are having an emergency, please call your local emergency services.

It may seem obvious, but let’s make sure we’re all on the same page about what cyberbullying actually is.

Cyberbullying is any bullying that takes place over digital devices, be it a gaming system, social media, text, or any apps that your child may be using. While bullying of any form can be detrimental to a child, cyberbullying is particularly harmful, according to StopBullying.gov, an anti-bullying website managed by the United States Department of Health and Human Services. Here’s why:

Dr. Mildred Payton, a psychologist and bullying expert, echoed this sentiment in an interview with the New York Times, saying,

“Victims can’t get a break from the harassment since the bullies can access the internet anytime. Even if a child isn’t online, pictures of them can still be circulated by their peers— and they are humiliated in school when they find out.”

Cyberbullying can manifest in different ways, according to Stopbullying.gov, including:

Cyberbullying can also be based around race, socioeconomic status, sexual or gender identities. Some cyberbullying stems from jealousy. No matter the reason, cyberbullying is something that must be addressed as soon as possible, as its effects could be highly detrimental to a child.

When it comes to the number of kids being cyberbullied, different studies have yielded different results:

All of the studies found that cyberbullying is a common practice for kids and teenagers, although their exact numbers differed.

The Pew Research Center found that teens from lower income families were more likely to be cyberbullied. While 24% of kids from households where the income was $30,000 or less reported being cyberbullied, only 12% of kids from households with incomes over $75,000 experienced cyberbullying. Surprisingly, race, ethnicity, and parents’ level of education did not influence the probability of cyberbullying, the survey found.

Cyberbullying Laws— Is It Legal?

Like any legal topic, cyberbullying laws differ by state, although there are some federal statutes that apply across the country. Let’s start with state and local governments.

State and local laws differ when it comes to cyberbullying, with the majority of states maintaining laws that require schools to have a bullying policy and a written procedure for investigation and punishment. Many states also require bully prevention programs, but generally, laws don’t mandate specific punishments for cyber bullies. In the same vein, bullying isn’t typically classified as a criminal offense under state law. The chart above shows each state in the United States and it’s laws regarding cyber bullying, specifically whether their law includes:

Only 22 states have laws that specifically include cyber bullying, according to an article from the United States National Institute of Health.

The federal laws that pertain to cyberbullying are as follows:

As you can see, children are protected online by federal law, so if your child’s cyberbullying includes child pornography, sexually explicit material, or a sale or purchase of their data, the bully could be liable for their actions. No matter what state you’re in, always consult a lawyer before making any decisions.

The best way to handle cyberbullying is to stop it as soon as you see the warning signs in your child, visible whether they are the victim or the perpetrator. Here’s what to look for, according to an article from Stopbullying.gov:

It’s always important to pay attention to your child’s emotional state and to stay involved in their lives. Although they may want to be grown-ups, they are children who need support and guidance, especially if they’re involved with cyberbullying.

Whether your child is a victim, a bully, or a bystander, cyberbullying affects everyone in different ways, another article from Stopbullying.gov explains.

Child victims of cyberbullying are more likely to experience:

While many believe there is a direct relationship between cyberbullying and suicide, it’s important to remember that most kids who are cyberbullied do not die by suicide. So far there is a lack of evidence between a causal relationship between suicide and cyberbullying. Teen suicide is difficult to predict, but generally victims are  depressed, and may have problems at home, as well as a history of trauma. Additionally, certain groups are more likely to die from suicide, such as American Indians, Alaskan Natives, Asian Americans, and LGBTQ youth, if they’re not supported by their parents, peers and schools. But most likely, cyberbullying won’t in itself lead to suicide, unless there’s a plethora of existing problems and or lack of support from friends and family.

Although they’re in an ostensible position of power, cyberbullies are more likely to experience negative consequences including:

Even innocent bystanders can be deeply affected by cyberbullying, more likely to experience:

Cyberbullying doesn’t occur in a vacuum; rather, it’s usually a symptom of larger issues. Regardless of the reason, the effects of cyberbullying can be significant if it’s not prevented or handled correctly.

How to Prevent Cyberbullying

Fortunately, there are a number of measures that parents can take to prevent their child from being cyber bullied, or from being involved in cyberbullying at all. Of course, there are also some best practices for your child’s use of social media, so that the burden doesn’t land completely on you, the legal guardian.

Unfortunately, experts haven’t landed on a common consensus on how to prevent or address cyberbullying in it’s totality. However, most scholars agree that parents need to talk to their kids about cyberbullying, presenting it to them either through a website or tip sheet, as suggested by the National Institute of Health. Nevertheless, here are some suggestions:

Of course, you can’t completely prevent cyberbullying— your kid is going to have to pitch in as well, implementing strategies to stay safe especially on social media. Here are some basic tips for your child from the Cyberbullying Research Center:

Of course, there’s no way to completely prevent cyberbullying from taking place, even with the most vigilant parenting and social media practices. If all else fails and your child is a cyberbully or a victim of cyberbullying, here are some ways to end it.

When Your Child is the Victim of Cyberbullying

Seeing your child being bullied is difficult, but it’s even more difficult when it occurs online. Here’s what you should do if your child is being cyberbullied:

When it comes to reporting cyberbullying, you have three options to report to, depending on the situation:

When Your Child is Cyberbullying

Finding out that your child is cyberbullying someone can be upsetting, but it’s not something that can’t be dealt with in a productive manner. Here are some best practices for ending the situation and making sure your child learns their lesson, all suggested by an article from the Cyberbullying Research Center:

With the proper combination of punishment and support, you can help your child see the error of their ways and prevent them from cyberbullying in the future.

If you feel overwhelmed or unable to fully handle your child’s involvement with cyberbullying, there’s no shame in calling a hotline or even a therapist. Remember, it takes a village, and asking for help is not a sign of weakness but a sign of strength.

Talking to an independent third party could be helpful in terms of emotional catharsis and practical advice. Here are some hotlines for both you and your child:

Finding a Therapist For Your Child

Sometimes talking on an anonymous hotline isn’t enough. In that case, you may want to seek out professional, in-person help for your child. Here are some resources for finding the right therapist:

With the right support at home, in school and in therapy, your child can move on from their cyberbullying and minimize negative long-term affects.

Unfortunately, technology doesn’t exist in a bubble. Rather, it seeps into everyday life, and nearly all our interactions involve electronics at some level. For children, the line between technology and real life is even more blurry, as they’ve been surrounded by smart devices their entire lives. As a parent, it’s your job to make sure that your child is safe, and that extends to the online space. While cyberbullying can seriously affect your child’s well-being, with the right knowledge and practices, you can help them to handle the situation appropriately and move on to something more positive.

How are teens and kids cyberbullied?

Cyberbullying can manifest in different ways, according to Stopbullying.gov, including writing or sharing negative, harmful or false content about another person, sharing personal and possibly humiliating information about another person, violent threats, doxing or swatting and sockpuppeting.

How can I prevent cyberbullying?

To prevent cyberbullying, urge your kid to be kind online and don’t get in fights, educate your child on Internet safety, monitor your child’s Internet use and online friendships and set up privacy controls

What should I do if my child is a cyberbully?

If your child is a cyberbully, acknowledge the issue and remain calm, stop the cyberbullying as soon as possible, try to build empathy in your child for their victims, set up parental controls, turn to a peer group of parents who may have experienced similar situations and monitor their Internet usage. 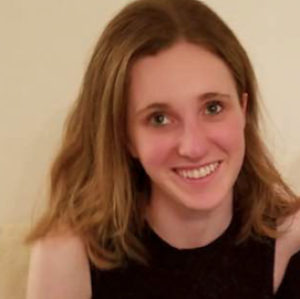 Aliza is a journalist living in Brooklyn, New York. Throughout her career, her work has spanned many intersections within the tech industry. At SquareFoot, a New York-based real estate technology company, she wrote about the ways in which technology has changed the real estate industry, as well as the challenges that business owners face when they want to invest in property. At Degreed.com, an education technology website, Aliza created digital content for lifelong learners, exploring the ways in which technology has democratized education. Additionally, she has written articles for The Huffington Post as well as her own content on Medium, the online publishing platform. Aliza’s love of journalism and research stems from the excellent Journalism program at Brandeis University. At Brandeis, Aliza interned as a research assistant at the Schuster Institute for Investigative Journalism, a non-profit “news room without walls”. There, Aliza was paired with an investigative journalist and used academic databases to obtain data on everything from the suicide rates in Bhutan to local Boston court cases. Her last position was as an account executive at Yelp, educating business owners on the power of technology to increase revenue. Throughout, however, her heart remained with tech journalism, and she’s thrilled to be writing for Security Baron. When she’s not keeping afloat of the latest tech trends, Aliza likes to cook, read, and write. A former high school “Class Clown,” Aliza has completed two feature-length screenplays, a pilot, and countless comedic sketches. On her days off you can find her relaxing in Prospect Park, trying the latest flavors at Ample Hills Ice Cream, and spending time with friends and family.