On Thursday, Hampton Products International introduced the ARRAY by Hampton Connected Door Lock as the first device in a series of upcoming Internet of Things (IoT) products. The company has partnered with major retailer ACE Hardware, the largest U.S. hardware cooperative, to make the lock widely available in stores across the country.

Hampton CEO Kim Kelly stated in an interview with Security Baron that the lock has been in the making for four years, integrating extensive consumer and builder research to design the lock.

Key features of the lock include geolocation that detects when you pull into your driveway for hands-free deadbolt opening – seriously useful when hauling groceries – and built-in wifi, alleviating the need for an external hub.

The lock is also equipped with a solar panel that charges the lock when exposed to sunlight, a detail you might appreciate if you’ve ever been locked out of the house because your electric lock batteries died (me). There is still an option to use a traditional key as well as a hidden keypad for door codes.

The locks are controlled by the ARRAY app with system integrations for both iOS and Android devices, smart watches, as well as Amazon Alexa.

“Home security for me, starts with the lock” says Kelly. However, the organization plans to roll out a number of other home security hardware devices in the next year under the ARRAY label, including light fixtures with built-in cameras, thermostats, and motion sensors.

Hampton’s strategy was to create a platform for consumers in the hopes to combat the “explosiveness of the internet of things” as Kelly calls it. The company’s research drew attention to the contradiction that smart home devices are meant to simplify our lives, but in many cases have complicated them with multiple applications, operating systems, and communication gaps.

Hampton’s entrance into the IoT arena might appear to be a bit late for a lock-focused security giant. Several active competitors who specialize in smart locks have had wide success including the camera-equipped Gate lock, the Latch smart access system which just partnered with Brookfield Properties, or the more affordable and simple August lock already sold by major U.S. retailers like Target and Home Depot. Lag time is not uncommon for larger corporations as they bet on their familiarity with the industry and market power to allow them to make a push into new technologies.

Hampton Products is betting on the capacity of the ARRAY and its line of smart home products to help meet the demands of the growing smart home industry. 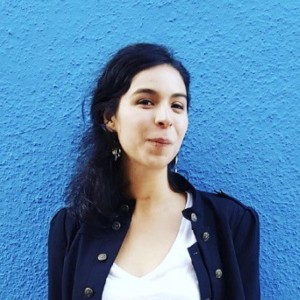 Mia is a journalist whose work spans documentary film, radio and online journalism. She discovered her passion for storytelling and love of robots after spending two years working at a venture capital firm in San Francisco. Still deeply inspired by the power of technology to change our daily lives, Mia bridges her unique experience with tech and media at Security Baron to help others understand and embrace technology.