If you have a smart home security system in your house instead of a traditional alarm system, you are putting less stress on your neighborhood cop.

At least that’s what the Dayton Police Department has discovered over the past few years. This month, the Dayton police reported that they responded to 2,915 false burglar alarms in 2017. That’s 6% less than what Dayton cops responded to in 2016. In 2013, they responded to 6,940 calls. The amount of false alarms has been reduced by 42% in four years, according to the data.

False alarms are extremely stressful on police departments. Cops have to check every alarm call to potentially stop any criminal activity, which can tie up department resources: time, personnel, and money.

“It’s not only the cost of responding — it’s opportunity lost, because what else could you be spending your time on that would contribute to improved safety,”

said Dayton police Chief Richard Biehl. “There’s a cost of officers going to something that doesn’t require a police presence.”

But smart home security systems and cameras are beginning to change all of that. Since homeowners have access to smart technology, they can see what’s going on before they call the authorities for assistance.

“People will verify — they have a camera on their phone — whether it’s a person who’s supposed to be there,” Biehl said.

Smart home security systems are also better at detecting what exactly is going on in the house. For example, homeowners with security cameras often have the option to change their motion sensor sensitivity so they can only get alerts when something significant is happening. And some cameras come with human, animal and face detection so they can make sure they know if someone is friend, foe or pet cat.

While smart home technology has helped decrease false alarms, the Dayton police are aware that other factors played into saving their resources. For example, tougher rules and stiffer penalties have been instituted to discourage owners from allowing too many false alarms. Sometimes alarms get set off by the weather, a system malfunction, or human error.

Still it looks like no amount of legislation can correct the unreliability of some alarm systems, according to Dayton officials.

That means if  you have a home security system, you might have a friend or two at your local police department. That’s in addition to the many appeals of smart home automations, like flexibility and convenience.

Is your city particularly prone to burglaries? Check out the cities with the highest rates of burglaries. 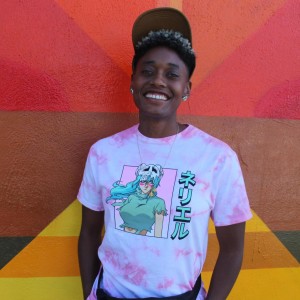