RoboForm is an solid, basic password manager. It’s definitely a little different from some of the standard password managers, such as LastPass. Like LastPass, RoboForm is free. So which is better? Check out our side by side comparison to see howLastPass vs RoboForm stacks up!

The RoboForm interface is not as intuitive as the LastPass interface. LastPass allows you to save a password by entering it directly into the LastPass application, whereas RoboForm requires you to go to the website and enter your credentials. It will then automatically save the form-specific data from that website to your passwords folder.

Not being able to add login information directly to the application can be annoying, especially for users who just want to add several logins all at once. LastPass also has a tile-like interface that features the logo for each login on its respective tile, which makes the interface easier to navigate.

RoboForm offers a baseline level of self-regulatory security. It has a security auditing feature called the “security center,” which shows you an overall percentage score of all your saved passwords. It also breaks down the strength of each password, and tells you if there are any reused or duplicate passwords. LastPass offers a much more comprehensive security test that provides a more detailed analysis of all of your passwords, indicating which ones are weak, old, duplicate, or compromised. The one advantage to the RoboForm security center is that it’s accessible right in the navigation toolbar, whereas LastPass brings you to a new window for the security test.

RoboForm offers a version of the application called RoboForm Family, which allows families with up to five users to share logins, identities, and safe notes. A central administrator can decide which users have access to what information, while individual users can also create their own, private entries.

Both RoboForm and LastPass offer business-specific applications designed to help companies securely share passwords and other sensitive information among multiple employees. Both allow a central administrator to designate permissions, assign credentials, and view password security reports. LastPass wins for being more customizable for different kinds of businesses, and offering two versions of its business software: LastPass Teams, for smaller businesses or inter-departmental use, and LastPass Enterprise, for larger businesses.

Both LastPass and RoboForm are free to use. The premium version of RoboForm is $20/year, while a subscription to LastPass premium is a little more expensive at $24/year. RoboForm also offers three- and five-year subscriptions.

Both RoboForm and LastPass have impressive mobile apps. Both have an intuitive interface with a tile-like layout, a Touch ID login option, and an autofill function. They also both include a built-in browser that allow you to use the internet within the app, adding an extra layer of security against hackers. LastPass wins for adding the extra touch of having the logos for each login built into the interface.

RoboForm offers all essential password manager functions for no cost, and proves to be a solid option. Navigating RoboForm does take some time to figure out, but as long as you don’t mind acquainting yourself with the RoboForm interface, it’s not difficult to use.

LastPass definitely offers more in the way of security, including a more comprehensive security test feature. Both offer solid business and family specific applications. At the end of the day, they’re both free and LastPass is easier to use, so you’re probably going to want to go with LastPass if you’re deciding between the two.

Which is better, RoboForm vs LastPass?

LastPass definitely offers more than RoboForm in the way of security, including a more comprehensive security test feature. Both offer solid business and family specific applications. At the end of the day, they’re both free and LastPass is easier to use, so you’re probably going to want to go with LastPass if you’re deciding between the two.

I’d call it a tie between 1Password and LastPass. While 1Password is better for privacy, customer support, and user experience, LastPass takes the cake for features, subscription options, and the app.

Which is better, Dashlane or LastPass?

I’d choose Dashlane over LastPass. Although it’s more expensive, you’ll get more features, better customer support, and a higher-rated app. Dashlane is also easier to use, which anyone can appreciate. 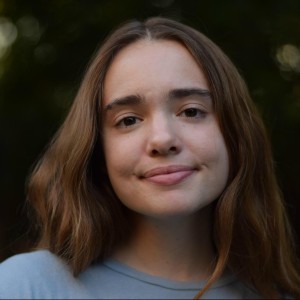